Thank you all so much for supporting the Berkshire Triathlon  & Kids Fun Run in its 11th year!!!

KJK Partner Samir Dahman made a radio appearance on 97.1 The Fan Tuesday to discuss the plethora of impending Deshaun Watson civil cases.

If there are two things Americans love, it’s capitalism and sports. However, the current college sports model eschews a competitive market in favor of a monopoly for universities and the NCAA. Recently, states and students have begun pushing back and demanding change so athletes can profit from their name, image and likeness (NIL).

As it stands now, college athletes cannot sell their NIL or endorse a product without risking eligibility. This means that Joe Burrow can’t appear in an ad for his hometown car dealership, even if he isn’t wearing any LSU gear or holding a football. Teaching summer camps or serving as a private coach in the off-season is also off-limits. Meanwhile, all other college students can sell their NIL all day without school repercussions. As social media has grown, acting as an influencer, model or YouTube personality has become a viable option for students to make some extra income. But this option disappears simply because a student chooses to play sports. While some write off the issue as merely a money grab, the stark contrast in rights for athletes versus non-athletes is a much more fundamental issue of equality and access. Considering that the majority of college football and basketball players are minorities or come from lower income communities only highlights the civil rights issues at play.

The current rules give all the power to the schools, which already gain millions in marketing from their athletic programs, and fail to give any compensation to the players who make it all possible. As college sports become more and more lucrative and competitive, students, fans and now politicians have taken issue with this rigged system and have recently passed legislation allowing student athletes to profit from their NIL.

California was the first state to pass a law allowing student athletes to profit from their NIL. Specifically, the Fair Pay to Play Act prohibits schools from enforcing the NCAA rules limiting eligibility. The schools then face the issue of which rule to break. If they follow California law, they will be ineligible for NCAA play and forfeit thousands – or even millions – of dollars in marketing profits. But if schools ignore California law, they can be sued by players and also legally compelled into complying with the law anyway. Because of this bind, the NCAA has vowed to fight the law (which goes into effect in 2023) and claims it may be unconstitutional. That is a tough argument to make, as the NCAA is essentially saying that its guidelines are more important than state law.

Likely sensing its tenuous position, the NCAA also convened a “working group” to consider what to do about NIL rights. Its proposals are due in the fall of 2020, but spectators are not optimistic that the group will commit to any real change. And this temporary measure is not stopping states from proposing their own laws. Since California passed the Fair Pay to Play Act, more than a dozen states have proposed similar laws, which could quickly get messy as each have slightly different requirements and timelines. There has also been discussion of a bill at the federal level to eliminate this confusion. The NCAA supports federal legislation, but there is concern that NCAA’s lobbying will only serve to stifle a true market-based system.

The point behind all of this politicking is, while the change may be slow, it is coming. Once schools and the NCAA are forced to give up a piece of the market, athletes will need qualified advisors to help them navigate their new rights and responsibilities. Mr. Dahman is proud to be a longtime champion of student athlete rights and is working closing with legislators to ensure meaningful change. If you have questions about NIL rights or would like to discuss further, please contact Samir Dahman.

On January 23, 2020, I had the honor of testifying before the Michigan House of Representatives Oversight Committee in support of House Bills 5217 and 5218, which grant college-athletes the right to benefit from their name, image, and likeness without losing eligibility.

Thank you to Representatives Iden and Tate for sponsoring these bills and inviting me to speak.

I will be following up with posts on why states should pass legislation that is effective now (California’s doesn’t take effect until 2023) and why the NCAA’s efforts are only reactionary and will likely be the bare minimum.

Mr. Dahman joined Jamie Morris on WTKA to discuss college athletes being able to sell their likeness/do endorsements per the pending California law SB 206 known as the “Fair Pay to Play Act.” You can listen to the segment here: https://omny.fm/shows/the-m-zone-1/02-samir-dahman-091319

Thank you all so much for supporting the Berkshire Triathlon  & Kids Fun Run in its 8th year!!!

The program structure has evolved over the years to truly reflect a product that motivates, informs, and connects individuals ready to take on the challenges and opportunities faced by our community, their companies and their families.

Annually, 55-65 individuals are selected from a pool of applicants to build a class representative of the Greater Columbus area. The result is a class of professionals who are ready to hone their leadership skills and talents and connect them to community causes about which they are passionate.

The Signature Program is a 10-month experience designed to give participants the tools they need to become active and influential leaders in the community.

The program is a balanced combination of a retreat, monthly program days and a Community Impact Project. In September, a mandatory two-day retreat helps participants focus on their personal leadership style and skills. The retreat is complemented by nine monthly program days that focus on the significant challenges to the Central Ohio region. Issues covered include the economy, diversity, the justice system, public education and human and social service issues.

On August 24th, I appeared on 105.7 FM The Zone with Bruce Hooley to discuss issues surrounding Urban Meyer’s contract and the report Ohio State’s investigation into the circumstances surrounding Zach Smith’s conduct.

Samir Dahman is honored to join several other budding Columbus civic leaders as part of the Leadership Columbus Class of 2019.

Leadership Columbus is a unique combination of relationship-building, learning, problem-solving, civic engagement and personal growth. Annually, 55-65 individuals are selected from a pool of applicants to build a class representative of the Greater Columbus area. The result is a class of professionals who are ready to hone their leadership skills and talents and connect them to community causes about which they are passionate.  It is a 10-month experience designed to give participants the tools they need to become active and influential leaders in the community.

Read more in the article in Columbus Business First. 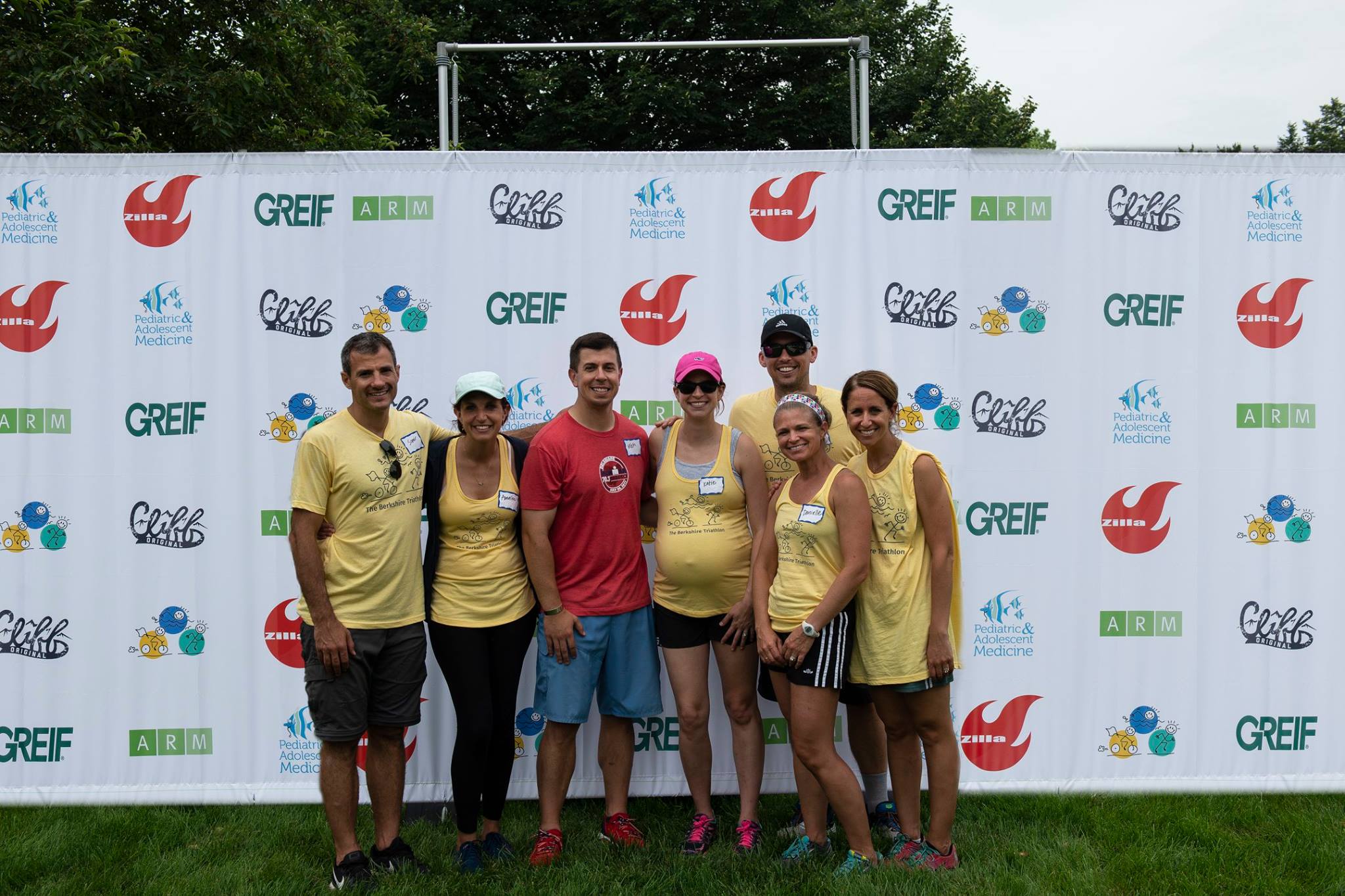 This year was the Berkshire Triathlon’s most successful year with 160 participants raising $37,000 for Flying Horse Farms and $3,671 for the Ronald McDonald House of Central Ohio.